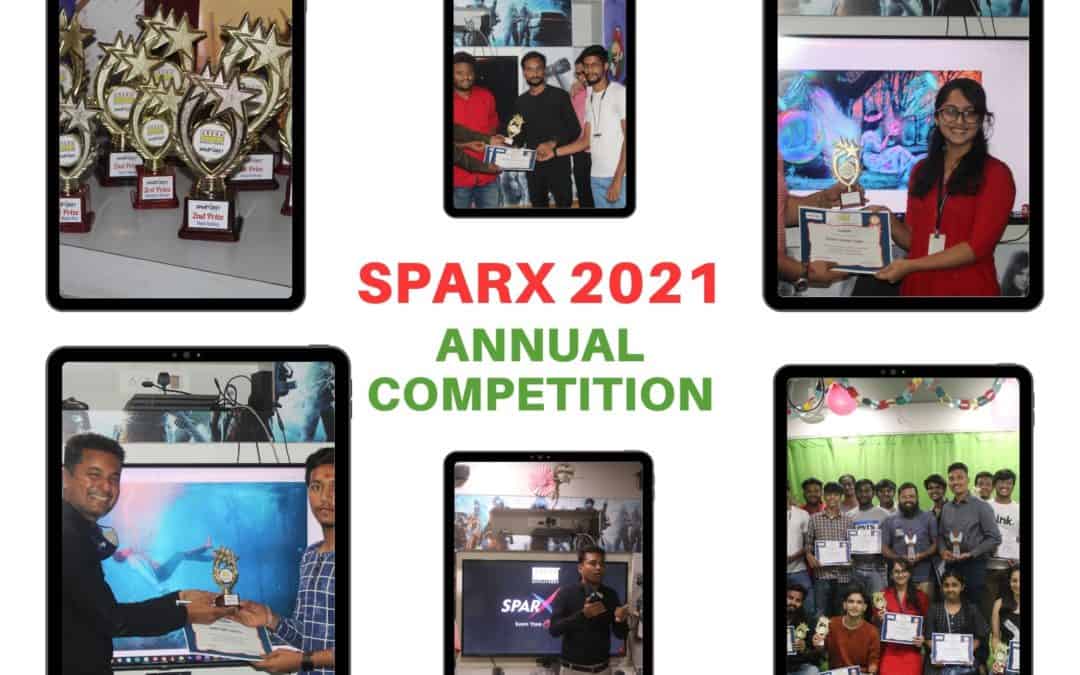 Arena Animation Sayajigunj Organized its Annual Competition SPARX 2021, Which was initiated to Encourage Students to Compete and participate in Such Competitions and also a Unique Platform to Showcase their Skill and talent. The Event kicked off on 20th October 2021. Students Got One Week to Prepare their Artworks and Get Themselves Nominated in Eight Different Categories Namely Character Design, Photo manipulation, Creating a Social Media Post,3D Environment,VFX Shot ,Creating a Promo Video and Character Animation Sequence.Around 150 plus Registrations and Submissions Were Done.

The main Event i.e. The Awards Felicitation Ceremony was organized on 28th October 2021 making World Animation Day Special for everyone. Special Guest for the Event was Mr.Amar Trivedi, RAH, Arena Animation Mumbai as He Shared Some Useful Tips and Knowledge with Students and Flagged the Event.

Our Centre Directors Mr. Ashish Kanojiya and Mr.Ambubhai Kanojia as they gave there Valuable presence at the Event and All Staff Members  Counselors, Mentors and Admin Staff were present at the Event to Felicitate the Best. Around 80 Plus students were present as Audience at the Event while Other’s were Active at Our Online platforms as per Current Protocols. Event Started with Previewing of Short listed Entries and Healthy Interaction on Certain Works with Students attending. in Second Half Winners were Announced from all the Categories and were Felicitated with Trophies and Certificates as the Whole Atmosphere at the Event was Joyous and Motivating. In Certain Categories Special Jury Mention was also awarded for Good Quality Work. The event Concluded with Closing Speech from our valued Guests and Photo shoot of Winners and Organizers as the Event was a Grand Success as it provided the Creative Platform to Students to Stand Out from the Crowd. Thanks to all The Team Members of Arena Animation Sayajigunj and Its Students the Event was Able to achieve its Motive.