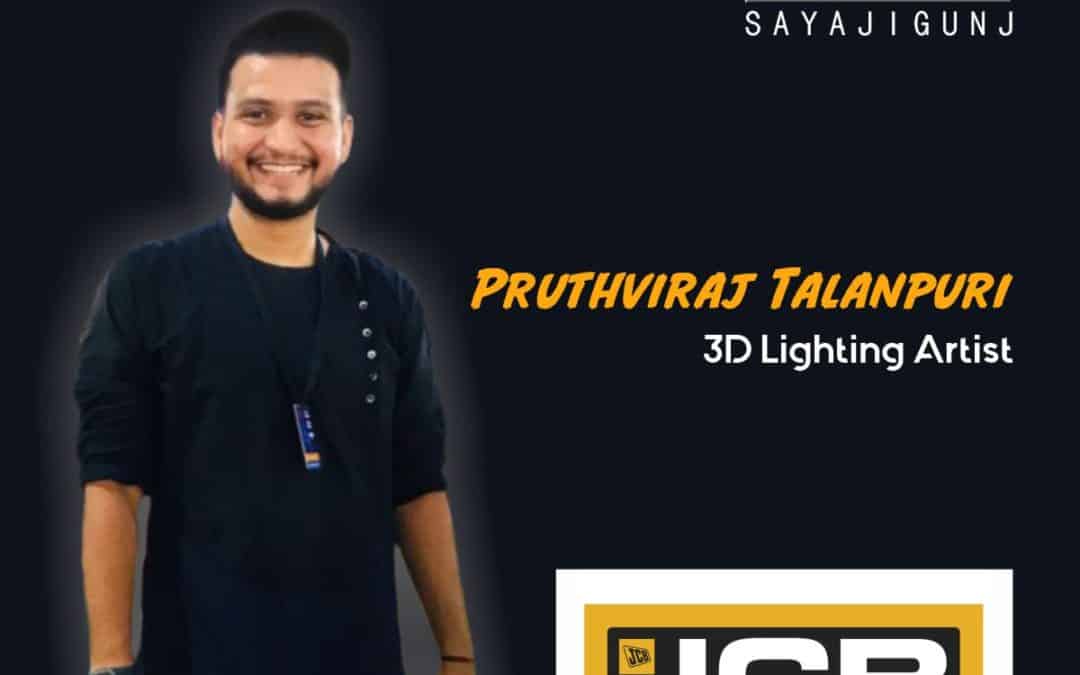 Pruthviraj Talanpuri was always creative in his mind. From kindergarten, he was fond of Toonami cartoons. Later on, with the advent of life, he started gaining interest in animations. He used to search google and try to learn many things. He got very confused. He thought his parents won’t understand his diversion towards animation, hence he opted for science and mathematics in his 10 + 2 studies. Like a normal science student would do, he chose engineering in graduation. But, computers could not be separated from him, hence completed his Bachelors in engineering and technology in the Computer Science branch from Babaria Institute of Technology, Vadodara.

The very next day he came to our institute and had counseling with us. After completing his engineering he immediately enrolled himself in the animation and VFX course with Arena Animation Sayajigunj which is a 3 years course. He enrolled for Advanced Animation International Program AAIP (VFX) here in the Arena Animation Institute Vadodara.

The faculties and mentors here in Arena Animation are so helpful that they cleared every doubt of mine at every step.  Arena Animation Sayajigunj has Gujarat’s biggest infrastructure facilities including Green Room, Recording Studio, VR Gaming Zone, 5 Highly Advanced computer Labs, 1000 Student capacity to name a few.

The platform equips every student to represent their creative abilities and skills during the placement drives. They make us job ready professionals with appropriate interview training and relevant skills to kick start a successful career in the areas of Animation, Gaming, VFX, Filmmaking, Broadcasting Multimedia, and every other area that falls in the Media & Entertainment industry. Arena Animation Sayajigunj invites the top recruiters namely Pixel Studio, Shemaroo,  Torrecid and more of such thriving companies in the VFX industry.

He states that “ My life was changed when I enrolled here in Arena Animation Sayajigunj and it was the best decision of my life. I consider myself lucky to get counseling from top mentors and to be a student under them. Earlier I had a vague knowledge of VFX. But here in Arena animation Sayajigunj, my mentors provided me with correct knowledge and guidance and it seriously helped me to kickstart my career in VFX and the animation industry.”

We were overwhelmed by the response we got from Pruthviraj Talanpuri and by stating his example we can say that you can achieve anything in life if you have passion and patience for it. We hope Pruthviraj the best of luck and may he achieve the highest!