Here there be dragons! We’ve finally gotten an update about Game of Thrones prequel House of the Dragon that was first teased in announcement over a year ago. The upcoming series, based on George R. R. Martin’s 2018 book”Fire & Blood,” will focus on the rise and fall of the fiery House Targaryen, and has beat out four other potential Thrones series. Now, the official Thrones Twitter account has announced a production start date alongside some fiery dragon concept art.

Apparently, these overgrown reptiles are immune to COVID-19, because production is slated to start in 2021. Since the series will lead into theTargaryen civil war fondly titled the”Dance of the Dragons,” get ready for lots and lots of dragon battles.

House of the Dragon is currently set to air in 2022.

Even though COVID-19 vaccines have finally begun to ship and reach their first recipients, people shouldn’t let down their guard when it comes to wearing masks. Given that most people will not receive their shots until late spring / summer 2021, we must continue our vigilance.

London-based advertising creative and NOMINT founder Yannis Konstantinidis has just released one of his latest projects, The World’s First Animated COVID Face Mask, delivering a dash of colour and an extra dose of hope to the idea of a face mask this holiday season. The ‘animated’ mask takes the form of a beautiful stop-motion short, made from 400 unique cloth masks, animated together to create a parade of colourful moving images.

According to the director, his film is just what Santa ordered to get viewers fired up about wearing a mask! The masks will be sold to benefit the world-renowned London-based Great Ormond Street Hospital Children’s Charity. Masks can be purchased and additional donations to the charity can be made on the project’s Indiegogo campaign.

Virtual Reality can transform the online shopping experience, making it safe and frustration-free for consumers.

Take Dior for example. They made a virtual version of their store in Champs-Elysees, Paris. You can tour around the store, then zoom in on the products on the shelves. You can browse a wide range of products that they sell in the actual store, including perfumes, candles and scarves.

Even without a VR headset, shoppers can still take a look around from their smartphones, tablets, or PCs. It won’t, however, be as immersive. 3D Visualization, Its Uses, and Scope

The need for providing better and more competitive visual content has been persistently increasing in recent times. There are hundreds of brands marketing the same product to thousands of people, and logically the best way to stay in the game is to keep the customers invested in the brand. For achieving this, they resolve to technological advancements in rich media content to attract the masses. It doesn’t even come to our notice that we are in fact exposed to such advancements routinely. Be it the large digital billboards of your favorite beverage or an e-learning software used in schools. Visualization is indeed a fundamental tool for representing ideas and solutions.
Before we enlighten you with all the fields 3D visualization has revolutionized, let’s understand what it is. 3D Visualization basically refers to the process of rendering 3D content (graphical, animation or diagrammatic) or a visual technique to pass information. 3D artists use tools such as AutoCAD, Adobe Illustrator, Autodesk 3ds Max, Autodesk Maya, and Cinema 4D to create stunning visualizations that can be used in any industry. To use these programs, you would require adequate training and knowledge.

Here are some of the most common areas where 3D visualization techniques come handy.

1. Marketing
3D visualization allows creating content for product promotions. Imagine being able to examine the texture, colour and shape of an uncreated object while sitting peacefully on the couch. No more issues of hiring photo-studios when all can be done with the help of 3D artists and a computer.

2. Architecture
Construction companies require intricate planning and accuracy as there is no room for trial and error. 3D visualization has increased operational efficiency and cost benefits. It has also removed technical barriers while communicating the design to non technical personnel.
Check out this 3D architectural visualization work done by a student of Arena Animation Sayajigunj.

4. Education
One of the instances where 3D visualization can become more than art is in the education sector. Almost every primary school and universities have been equipped with e-learning privileges to avoid gaps in understanding concepts.

5. Multimedia
3D Visualization is now an integral part of the entertainment industry. It is not only being used in movies to bring characters and superheroes to life on screen, the widespread use of 3d visualsation has helped games become more realistic. Digital artists now create more enticing and engaging visualizations.

There are many more industries that benefits from these services— including automotive, pharmaceutical, and fashion. 3D visualization is a fine blend of both technical skills and artistry.

If you are looking for a quick course in design & visualization, click here.

Though Indian movies may be running a bit late to catch up with the global CGI and VFX, many of the popular Hollywood movie production houses choose companies in India for their visual effects works.

Don’t believe us? Here are some VFX companies in India that are becoming hot favorites among Hollywood filmmakers:

The visual effects of the chart topping Hollywood superhero movies like Deadpool, X-men Apocalypse and Spider-man: Homecoming were all made possible by Digital Domain.

It is a leading VFX company today, and have created the awesome transformations of robots to cars for Michael Bay’s Transformers franchise. Along with it, they have worked on some other movies including The Avengers, The Curious Case of Benjamin Button and Ghostbusters.

When watching Game of thrones most of you would at least have had one awe struck moment viewing the majestic fire-breathing Dragons. Well, the next time you watch those dragons, don’t forget to tell your friends or family that it is the work of Indian visual effects artists.

Since its inception in December 2010, the Bangalore division of Moving Picture Company (MPC) has delivered high quality visual effects for Hollywood movies. The team has contributed VFX for movies including X-Men: Days of Future Past, Godzilla, Guardians of the Galaxy, Cinderella, and The Martian.

Avatar, one of the most expensive movies ever made, with a budget of Rs. 1,100 crore was revolutionary in terms of its visual effects. 200+ VFX shots for this movie was done by none other than the Indian company Prime Focus.

Prime focus founded by Namit Malhotra has now proved itself worthy enough to be the world’s largest independent and integrated media services powerhouse. To their credit are Hollywood entertainers like Gravity, Interstellar, Shrek, and Tron: Legacy, among others.

After winning the Oscar for the Best Visual Effects in 2010 for Gravity, in 2015 the team again got their well-deserved win for the same category for Christopher Nolan’s Interstellar!

These simply prove that the VFX studios in India have already made their mark in the global cinema. The industry needs more and more trained VFX professionals to create such marvelous films. Now is the right time for you to enter the industry. Arena’s Vfx career course can definitely help you get started.

Which is your favorite VFX-heavy film till date? Let us know in the comments below. 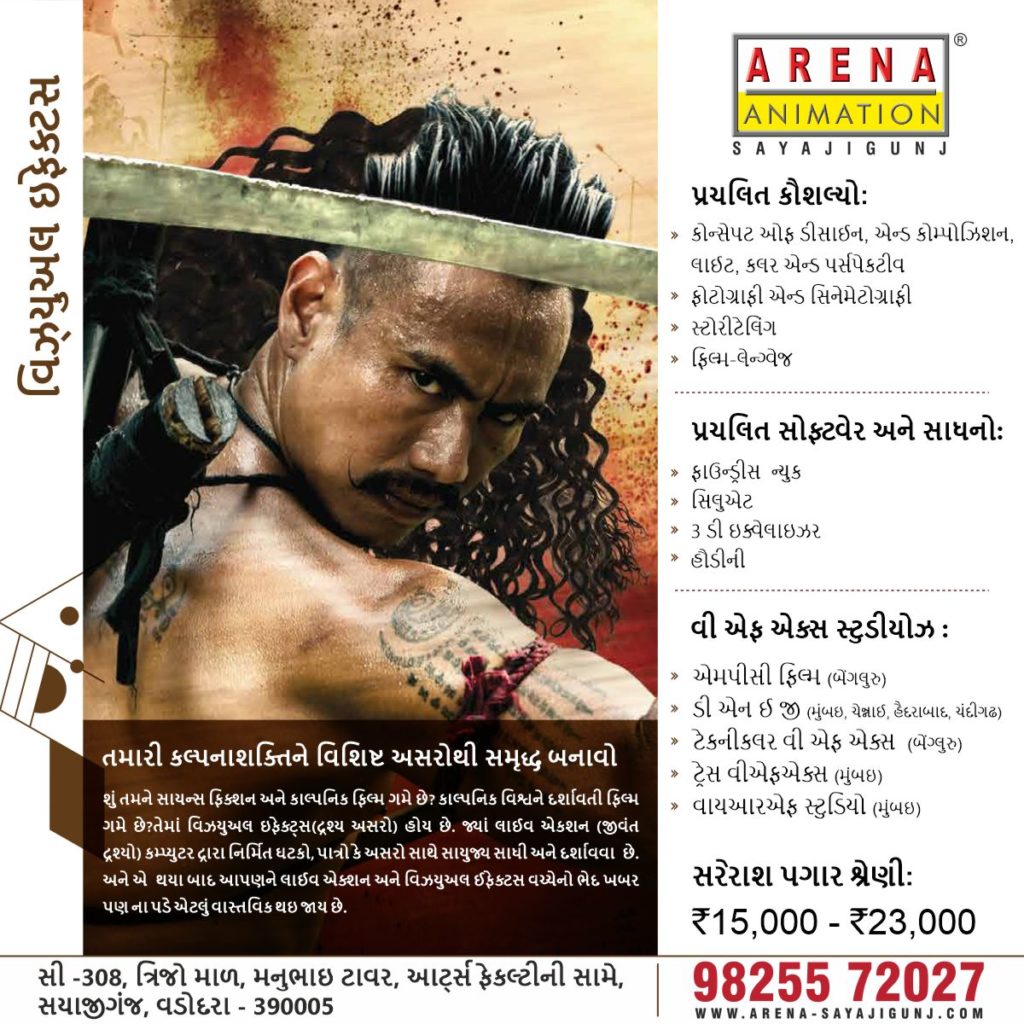 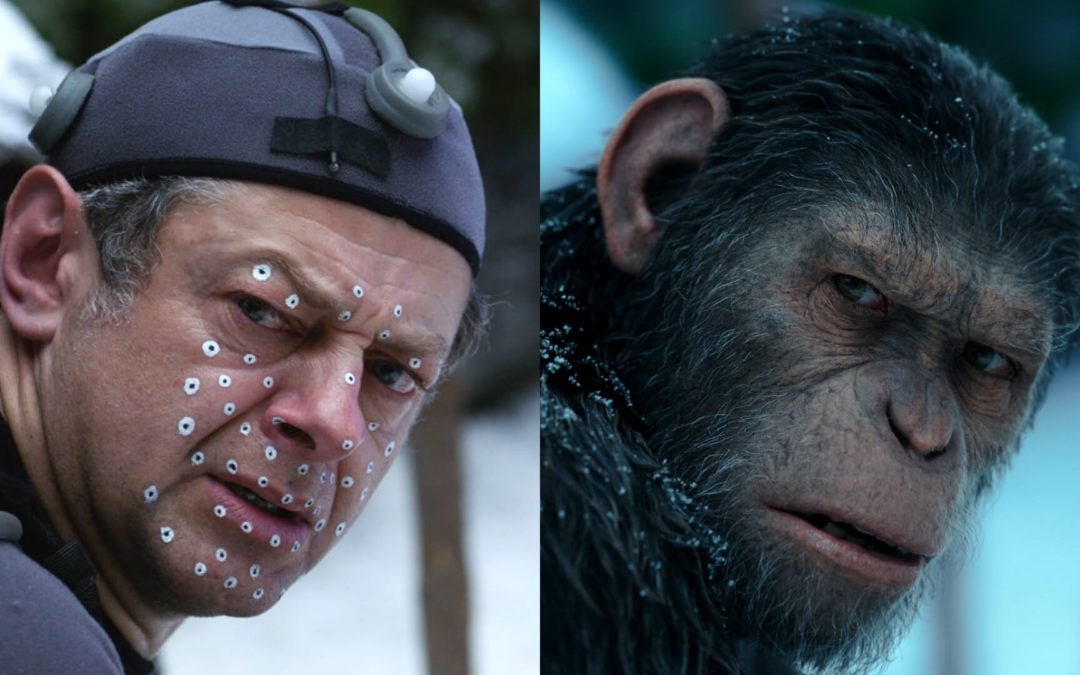 What is Visual Effects?

At its core, Visual Effects (abbreviated VFX) is the process by which digital imagery is created to manipulate or enhance real world footage that has been filmed with a video camera. Visual effects involve the integration of video camera footage and generated imagery to create environments which look realistic, but would be dangerous, expensive, impractical, time consuming or impossible to capture on film.

WHY WORK IN VISUAL EFFECTS?

Maybe because it’s a career that involves the perfect mix of story telling, cutting-edge technology and creativity. It could also be because you love films and want to hang out on set surrounded by movie stars. Maybe you want a career that allows you to travel the world or even work remotely from home. Or maybe it’s because you love drawing and building things with your hands and on the computer. There are so many reasons why you would want to work in Visual Effects and there are dozen of possible career paths open to you across multiple industries.

There are plenty of jobs available to people in the visual effects industry. For those of you interested in the more creative and technical roles there are definitely some important skills you should focus on early in your training. The skills I’m referring to are not related to software and technology. Those will come later when you really start digging into your training. However, a solid foundation in the following skills will help you for years to come:

How Do I Start Learning Visual Effects?

Traditionally speaking, there are two main ways to start learning Visual Effects. Go to a school, or teach yourself at home. It’s very easy to find persuasive case studies for both learning paths so which should you choose?

Regardless of which approach to learning vfx you take, the most important thing to do is start.

Regardless of which approach to learning you take, the most important thing to do is start. It’s that simple. Pick up a book, start sketching, watch and analyse a movie, watch documentaries about visual effects, attend local events. Just get started.

Some Words for Parents and Guardians

If you have read this far, then it’s clear that you care, but it also means that you are probably still a bit confused by all this and just want to make sure the right decisions are made. The Visual Effects industry is relatively new and there are so many avenues into this industry crossing creative and technical skills, so it’s a lot to take in but here are some key points you should remember:

Thanks for reading this guide. I plan to keep updating this often to make sure it remains relevant and helpful. Please reach out to me via the comments section with any suggestions or questions.