Popular uses of animation in sectors other than media & entertainment

Almost every day, we see animations in films, TV, ads, and games. However, the use of animation is not just restricted to the media and entertainment industry.

Here are some of the sectors that benefits from using animations for various purposes:

It’s a great challenge for medical students and for the doctors to visualize the complex systems of human body. You yourself may have come across animations showcasing the cure for a disease while browsing social media. Such animations are a way to educate an audience on a medical topic under discussion. These medical visualizations have proved itself extremely effective for pharmaceutical manufacturers to explain how medications work and also in forensic science in recreating crime scenes.

It is now noticeable that the interactive learning material is effective in improving people’s learning skills and understanding ability. Smart Classes are now being readily adopted by schools all across the world. With the advent of technologies like 3D, Virtual Reality and Augmented Reality, it is now possible for the education sector to upgrade its traditional teaching to high end interactive learning environments.

Flight simulators with advanced graphics and animations are used for more than just fun. They save lives, aircrafts and a lot of money by allowing the pilots to train efficiently on ground. Similarly, military forces often use animated simulations for testing possible confrontation scenarios and training.

Architects and home builders are now moving on to 3D animations to showcase their upcoming projects. Apart from the fact that this technique is more innovative than the old method of using miniature models, graphic animations provide a realistic view of the projects and help the customers to grasp the elaborations of large projects. 3D animations also have opened up new opportunities for interior designers.

Companies today use animations for product presentations, business presentations, company introductions, and corporate slideshows. It helps in highlighting the key points and at the same time communicating highly complex ideas in an easy-to-digest manner.

The demand for high-end animation is increasing every day. This means the scope for trained animators too is on the rise. Take up a career course with Arena Animation and get ready for an interesting career in the animation industry.

Can you think of any other industry that use animation? Let us know in the comments.

Lip syncing made easy for animators

There are certain elements in animation that the audience overlook unless it is imperfectly done. One of them is lip syncing. There’s something about the brain’s perception of timing that processes character motions with the movement of lips and the words being said.

In the era of hand drawn animation, animators and editors used to just slip the whole speech track by two frames. But now with the application of advanced technology, not only 3D software but also tools for 2D animation have seen great progress that eases the process of lip sync. For instance, in After Effects, there are free tools that allow you to easily synch audio tracks with the animation of the mouth.

Also there are many free, or small fee, generic tools that allow you to take a limited, free to use character, and sync it with audio or recorded dialogue.

There are lip sync plug-ins for 3D animation that create a muscle-like structure in the mouth area of a 3D character which can be made to deform according to an already set library of shapes.

Some techniques use a mocap system to capture facial movement. Face rig does a pretty good job for an inexpensive consumer tool.

The basis for lip syncing is that you will need to adjust the timing of the key shapes on a word by word basis.

Here are some tips to improvise lip syncing in your animations:

To start with pull the timing of the shapes around till it looks and feels right, phrase by phrase. It may otherwise end up with sound being slipped by a number of frames before it looks right.  The simplest lip sync involves correctly timing the ‘mouth-open’ and ‘mouth-closed’ positions.

To increase richness try adding gestures and body language to the animated character. Facial expressions usually go hand-to-hand with lip syncing. This can be done by adding small subtle expressions like raising eyebrows to a big wide smile.

Use a mirror or shoot some reference footage of yourself speaking to figure out the motion of lower jaw. This leads to another trick called blending. There’s no need to animate the mouth for each syllable. Focus on the most important mouth shapes. The key mouth shapes can be re-cycled or blended in different combinations over and over again.

Eyes can speak a thousand words. People often watch the eyes, particularly during close-ups, so emphasis and accents and can be initiated here even before the rest of the face and mouth is considered. Even the act of thinking of words to speak can be expressed in the eyes.

Last but not the least the right voice is vital, as voice determines the personality of a character. Check out one of our earlier blog posts to know about some of the greatest voiceover performances in animation movies.

Have more tips and tricks of animation? Share with us in the comments below. 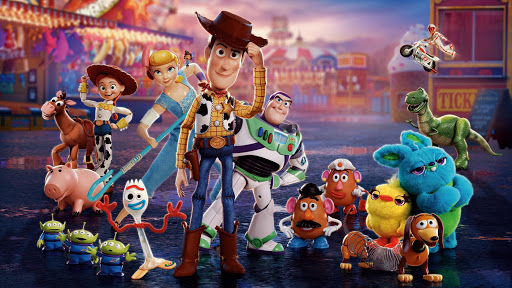 The animation industry in India is expected to grow at a pace faster than the IT industry’s! Animation as a career option is a field where you can fulfill your dream of “enjoy-as-you-work” , feel satisfied at the end of your day and get praise from your clients as well.

The art of putting together images to depict a sequence of events is much older than we think. Today, animation continues offering us a captivating way of telling stories and providing information. Thanks to advancements in techniques and technology.

Blockbuster movies such as Kung Fu Panda, The Chronicles of Narnia, Wall-E, Coraline, Up, Bolt, Ice Age and Monsters vs. Aliens are striking examples of the miracle that is animation. Animation industry has boundless scope for those who love to create magic. 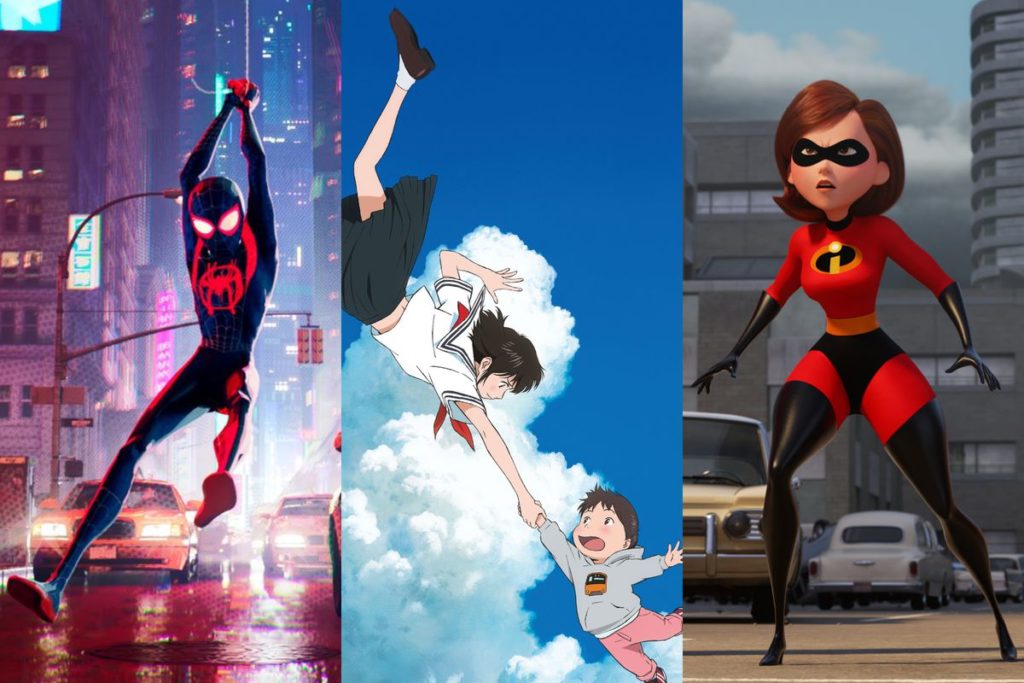 The animation industry is on the path of expansion and ready to experience a extended period of boom. What is more exciting is the fact that this industry would give employment to thousands of prospective 2-D and 3-D animators every year. This boom is further going to be fuelled by the outsourcing of animation project work by Disney and other animation giants to India.

The field of animation is sometimes misunderstood with cartooning. Cartooning is simply drawing caricatures of characters with some distinct subtleties to make the character evoke a sense of comedy. On the other hand, animation is the art of breathing life into these characters. Animation is the art with which inanimate objects are brought to life with the help of various modern computer based sequencing techniques.

Animation & VFX Industry to grow at 17.3% CAGR in FY 2019 to reach Rs. 86.7 Billion. According to a recent report, the Indian animation and VFX industry is growing in excess of 20%. 3D  Animation is one among the greatest buzz words in the entertainment world. Since its emergence to the now seen stage, 3D animation has grown swiftly and steeply. Indian animation companies have especially benefited from the global giants of animation like Walt Disney, Sony, and Warner Brothers, since they are outsourcing animation characters and special effects to Indian firms. With the increasing demands in outsourcing, various animation companies have emerged across India. Animation companies are forming animation hubs in major cities like Mumbai, Bangalore, Chennai, Trivandrum, and Hyderabad.

There are no special subjects that are needed to be studied at this level. But aptitude in sketching, drawing and deep interest in computers is always considered essential to gain entry into the animation industry. The main specialization which is needed to become a good animator is to have a creative mind and have a sense of style. Animation is one of the most fast rising industries. Animations have very extensive hold in the world of multimedia.

Is it the Right Career for Me?

If you have oodles of creativity, then yes, this is the right career option for you. For being a good animator you need to possess a great deal of zeal and imagination. You must be good at drawing and sketching. An understanding of human, bird and animal expressions and movement is very important part of animation as it will help you express the characters you create in the most appropriate way.

Job prospects for animators are rising at a very fast pace thanks to the boom in the entertainment and gaming industry. Animation with time has got a good hold over movies, television and advertising industries due to the excessive use of special effects. Animation is the life generating tool which can create an illusion of movement in any picture or image with the help of technology and software. Animation is used in almost all fields now days, whether it is a movie, any advertisement or an educational e-learning etc.

If you intend to enter the mind-boggling world of films and television, here is the most promising avenues that you can consider.

After finishing the training with leading animation institute, one can work as a junior animator with salary ranging between Rs.20000 to Rs.35000. As an animator gains expertise and experience, he/she can surely look forward for promotions and salary anywhere between Rs. 45,000 to Rs.60,000. Those who start own business houses can exploit the opportunities hidden in animation industry up to maximum extent. It’s one of the goldmine fields to explore.

In future, the scope for animation courses will surely increase as various animation giants like Disney are outsourcing the animation works. Hence, choosing a career in Animation will yield a ton of benefits.

Arena Animation sayajigunj Gujarat’s Number 1 institute of  Animation Training established since 23 years of Excellence in education. The Arena Animation offers complete training in all aspects of Animation to make its students capable of employment and progress in the animation industry.