Dhruvil  Panchal, an electric engineer by profession always had a passion for art. But as per our societal norms, he had followed the conventional route of completing his Diploma after his 10th and then engineering. But his heart was always in art. After working for 2.5 years, he was not satisfied as he felt something was missing in his life. This led to his search to find the best way to quench his way for art.

As he was searching he came across Arena Animation Sayajigunj. With apprehension, he approached them to know more. The counselors there were very supportive and guided him on the various options available to him. Dhruvil was convinced that he had come to the right place to further his career. But his family, will they accept this decision of his? He was thinking about how he can make them understand that this is something he needs for his peace of mind. When he discussed this with his father, his father asked him to go ahead with the same. With the support of his family, Dhruvil started his journey with Arena Animation Sayajigunj. There he learned the basic and advanced level of VFX and animation under the guidance of the expert and experienced faculties of Arena Animation Sayajigunj. They encouraged and guided him on his journey to reach the pinnacle of his success.

Dhruvil got an option to showcase his skill when he participated in the National level Digital Art with the concept of Batman in his younger years which fetched him the first prize. His recent exploit is when he received  second prize in World Art Day Competition defeating  3783 students participated from Pan India and winning  XP Deco 01 V2 Worth Rs. 9499/-.

Dhruvil is associated with Xcitech technology  that uses VR 360 in the field of Real Estate, Education and Medical. His aim is to use VFX and Animation to bring about a new revolution in the field of education. We are sure that he will surely reach there.

An Introduction to 5 Types of Animation

Just like any other form of art, Animation too is varied. As a career field, there are different types of animation and styles as there are animators in this industry.

Setting up a list or stating the types of animation based on some defined criteria would be a major flaw and also insufficient as the variations are too flexible. Nevertheless we have tried to compile all possible variations of animations based on the technique that are being used and the comparison of the styles between them. The following list should not be accounted as an absolute reference for animation types; it is more like a general idea to see the bigger picture.

3D Computer Animation or 3D Animation is the process of generating three dimensional moving images in a digital environment. This is the most common and popular animation style today, and is used in movies, games, ads, architectural visualization, medical simulations, and more.

Manipulation of 3D models is carried out with the help of software. However ‘animation’ is a broad term and there are many more aspects to it, each offering a wide range of career prospects. There is modelling, rigging, lighting, texturing, rendering, and animation, and there are sub-fields to these too. Involvement of sophisticated software makes 3D animation technologically intense. As you know, technology does help artists redefine their craftsmanship.

While there are various other animation styles that you may consider, as a career aspirant, a 3D Animation course may interest you the most.

This was once a huge milestone in the history of animation, but is almost obsolete since it is time-consuming and expensive to produce.
Images are drawn or painted by skilled hands, one frame at a time, on the celluloid sheets (cels) to be photographed and exhibited on film. One of the major obstacles of this to seamlessly transform into a film was the timing of the frame with the sound. Every frame had to match with the background score/dialogues or else could appear as a major distraction. Hand drawing of hundreds of frames with precision is such an energetically draining task.

Conventionally, 2D animation was the same as cel-animation. However, with the introduction of computers, 2D animation got a technical upgrade. Today animators create scenes and characters a 2D space with the help of digital technologies and tools available to them. Compared to drawing multiple images, using computers is far less time-consuming and effective.

Today, you can be a 2D animator even if drawing isn’t your strong suit. Traditional animation, on the other hand, requires very strong drawing skills.

Physical objects are manually manipulated in small movements in between individual frames so that they will appear to exhibit motion when the series of frames is played. Any kind of physical objects with the capability to twist and turn can thus be animated. Puppets with movable joints (puppet animation) or figures (claymation) are most commonly used. The key here is not the sound but to make small changes from frame to frame to make the illusion of motion as smooth as possible. Isn’t it time taking? Perhaps more than traditional animation. But this animation style is extremely adaptable as one can get as creative as they want. Plus it is easy to impress film critics and audience alike using this.

Take a look at the behind the scenes of animating Shaun the Sheep Movie with animator Andy Symanowski.

Commonly called Mographs, it is less of animation and more of graphic designing. Motion graphics can be both 2D and 3D, and you will find commonly in commercials, explainer videos, sporting events, news, and other television productions. Previously, before the advent of computer editing, it was a time-consuming process that was limited to high-budget productions.

The depth of understanding an artistry is what defines an artist. With the current evolution of computer there are may be many more variants piling up in this list.

Whether you wish to be a 3D animator or a Motion Graphics Artist, you need the right skill sets and training. Join one of the prestigious animation training institutes,  get trained and get hired. 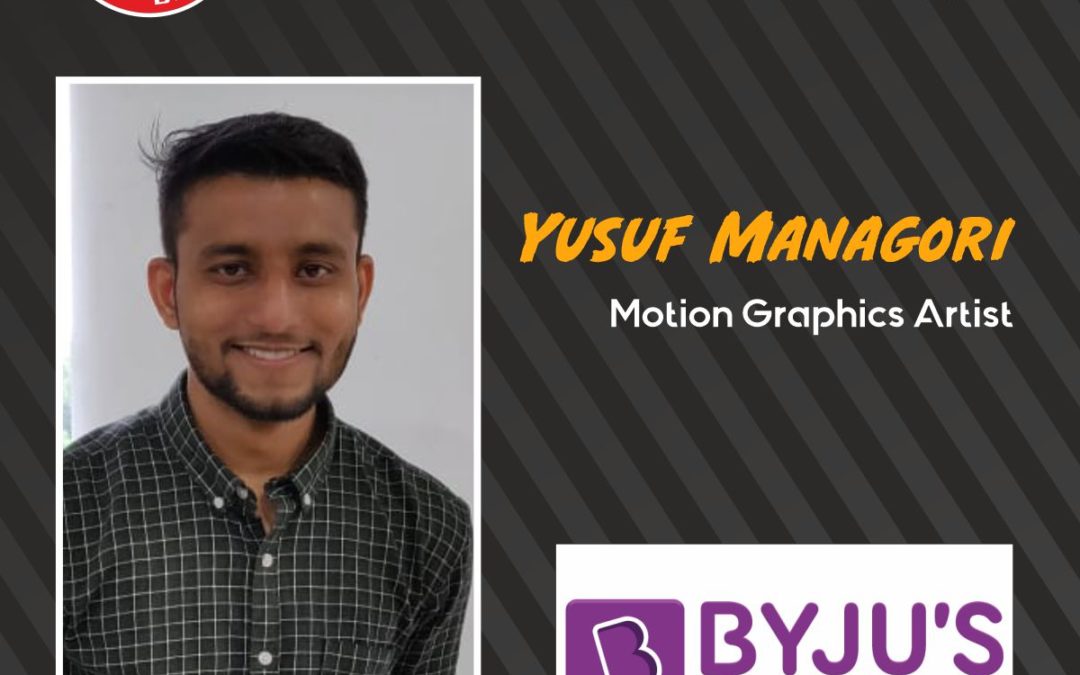 Get the Basics Right! 12 Principles of Animation (Part 2)

And we’re back! In the previous blog, we covered the first six principles of animation.

Here we look into the remaining six principles of animation that every animator should know.

While animation is constantly evolving, these twelve concepts continues to form the base and is taught in all popular animation institutes around the world.

Try waving your hand, swinging your leg or turning your head. These a natural arc to these movements. This arc brings in realism to characters in animation, unless, of course, your character is a robot. See how Po’s head moves?

Derived from the concept of staging in theatre, this is the process of setting up a scene with the appropriate placement of characters, background and foreground elements, and camera angle. Staging should clearly set the mood for the action and keep the audience’s focus on what is relevant in the scene.

As the name suggests, this is an action that supports the main action of a character. A character may whistle while walking or scratch his head while thinking. Such actions add dimensions to character animation. If there are multiple secondary actions, they should work together in support of one another. Look at little Riley’s actions while she screams at the top of her lungs.

This principle is self-explanatory. Animated movies and cartoons allow for the most amazing thing – exaggeration. Imagine, how boring Kung Fu Panda will be without Po’s exaggerated expressions or how plain Tom and Jerry will be without the exaggerated movements of the characters. Exaggeration of facial features, expressions, actions, and attitudes add more appeal and fun to the characters. Here is a classic example of exaggeration.

In 2D animation, solid drawing is about maintaining proportions, volume & weight of a character or an object regardless of the action. With the introduction of 3D animation, the challenge of distorted drawing has been minimised. But the concept of posing out your characters with correct balance & weight remains as important as ever.

In real life, you may call it the charisma of an actor. In animation, it is the ‘appeal’. Every character should have an appeal that interests the audience. An appealing character is not necessarily cute & cuddly. Villainous & monstrous ones too have to be appealing. Clear drawing and good character design will define the personality of the characters. After all, who would have thought that a slender woman in a nice red dress could be a super villain? Yet, here she is…Scarlet Overkill!

Now get back to that drawing board and practice these principles of animation to improve your work.

Watch this space for more tips and tricks of animation.

Interested in a career in animation? Take a look at the animation career courses that can help you get the right skill sets!